The French Ligue 1 is one of the best Football Leagues’ in the world, and has a number of Great players like Zlatan Ibrahimovic, David Luiz…etc

Previously we have prepared list’s on the The Best Current Soccer Players 2015 & Football Players That Have Performed The Best So Far 2014 if you haven’t seen them yet make sure you do after this list of the Top 10 French Ligue 1 Footballers.

Now let’s count down to the Top 10 French Ligue 1 Footballers. 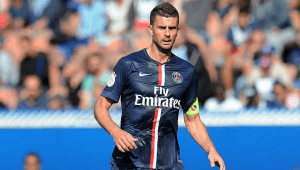 Thiago Motta is Brazil born but is currently playing for the Italian national team.