Lets now find out the Top 10 Most Expensive German Signings. 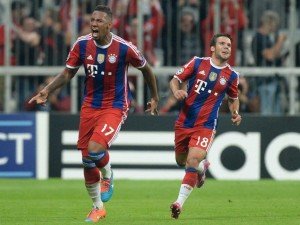 Jerome Boateng is a German footballer and currently plays for Bayern Munich. He is a central defender who is well known for his hard tackles and physical game play, he capable of playing as a fullback on both sides as well. Boateng started his footballing career with German side Hertha BSC where he developed from their youth team and made it to the main team.

After impressing for Hertha he was signed by Hamburger SV and became a regular starter to the team where he helped them reach the Europa League semi final twice consecutively. He then was spotted by English club Manchester City were he spent one season before moving to Bayern Munich at a fee of £11.8 million.