Most Embarrassing Losses In Soccer History

Most Embarrassing Losses In Soccer History

Football is one sport where anything happens but their are teams which are considered to be the best among the rest but have faced some of the Most Embarrassing Losses In Soccer History. That’s why we have compiled this list.

Let’s now find out the Most Embarrassing Losses In Soccer History.

8. Japan Beats the USA 5-3 in Penalty Shoutout at the Finals of the Womens Soccer World Cup 2011 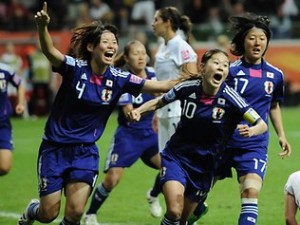 The Japanese Women team faced the United States of America in the 2011 Womens Soccer World Cup. The US went into the final match as strong favorites while Japan were the underdogs and had never been in World Cup final and them winning the match would have been a fairy tale story. A fairy tale story was surely what it was as they came back twice the first time the US broke the dead lock late in the second half but the Japanese were not set to give up and equalized in the 81 minute. The match went into Extra time and again the US went ahead with an Abby Wambach goal but still the Asian team were not set to lose and leveled the scores with 3 minutes to go. The two teams headed to penalties and Japan had the upper hand with Miyama scoring the winning penalty after Shannon Boxx missed her spot kick.  This result made Japan the first Asian Team to win the World Cup.
Share