Top 10 Chelsea Players With Most Goals of All Time

This season Chelsea is currently on top of the Premier League standing huge thanks must go to Diego Costa and Eden Hazard who have been the most outstanding players in attack for Chelsea and will be looking to join these legends on this list in more years to come.

Top Ten Chelsea Players/Legends with Most goals in History

Previously we have published on the Top 10 Premier League Top Scorers Of All Time & Top 10 Footballers With Most Premier League Golden Boots please check them out after this list you might find some of the player names here also on that list for more information. 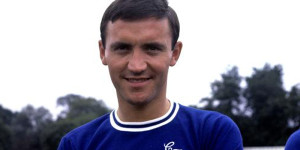 Ranked 10th in our list of Top 10 Chelsea Players With Most Goals of All Time is an English former Footballer who Played for six English Clubs which are Chelsea Football Club, Birmingham City, Queens Park Rangers, Millwall and Brighton & Hove Albion. Barry was signed by Chelsea in July 1956 and when Chelsea was Relegated while playing for nevertheless proved himself a prolific goalscore with 20 goals in 1961-62 season. Bridges in 1964-65 season had his most successful with the Club, scoring 27 goals in 42 matches.