Who are the Top 10 Best Right Backs in the World? Football is undoubtedly the most popular sport in the world and attracts alot of sports fans sme go and watch games at the stadium some just sit at their comfort of their homes and watch on the television the beautiful sport like football.

Football is just not always about attacking but also about defensive work, to thank the defenders we have prepared a list of the Top 10 Best Right Backs in the World their alot of wonderful right backs in the world but we have compiled a list of the top 10 who have been oustanding and have kept the consistency in the game. 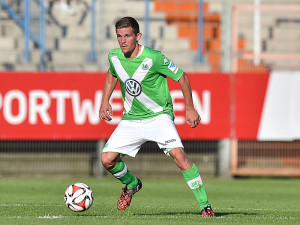 Starting up the list of Top 10 Best Right Backs in the World is Wolfsburg defender Sebastian Jung, the 24 year old German defender joined Wolfsburg in may 2014 for €2.5 million has been in wonderful form for the German side which is currently 2nd in the German Bundesliga, the young German has helped Wolfsburg domestically and is on course to help them lift the title but Bayern Munchen have a huge advantage over them and are currently top of the Bundesliga.