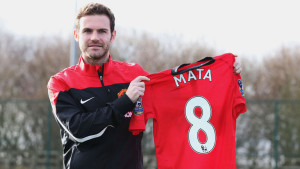 Undoubtedly Chelsea’s best player during his time at the London club, Juan Mata joined Chelsea in 2011 from Valencia for a fee of £23 million, he proved to be a good signing and was part of the team that won the UEFA Champions League in Munich against Bayern Munchen.

When Jose Mourinho arrived in 2013 Juan Mata fell out of favour from the blues boss and was forced to be sold to bitter rivals Manchester United for £37.1 million in 2014 hence becoming the 6th Most Expensive Midfielder in Football History.