Well who is the best current football player in the world? Lionel Messi?, Cristiano Ronaldo,? Zlatan Ibrahimovic? Tough decision right? Well it is so don’t worry about trying to pick out the best as we have done it for you that will be based on their performances

The Best Soccer Players in the World Right Now 2015

We also did Top 10 Best Footballers In The World Right Now, but we thought we needed to update the list since then. Now let’s focus to the topic right now, These are top 10 the best current Soccer Players in the world 2015. 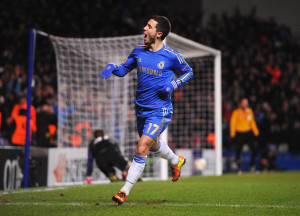 Starting the list of the The Best Current Soccer Players 2015 is Chelsea and Belgium winger Eden Hazard. The Belgium joined the blues in 2012 from LOSC Lille for a fee of £32 million which has proved worth it or even less, because the Belgium’s services have been brilliant since joining them. Eden Hazard has been instrumental for the blues in their Premier League triumph this season netting in 14 Premier League goals a tally which keeps on getting better every year for the blues.