Strikers in Football play a role of scoring goals and they can score as many as possible because that is their main goal when they are on the pitch, Their has been many good strikers but who are the Best Football Strikers Ever? we will soon find out below.

Previously we have published the The Best Current Soccer Players 2015, Top 10 Most Expensive Defenders in Football History & Top 10 Best Footballers In The World Right Now if you have not seen them yet make sure you do after this list. Now let’s find out which footballers make the Top 10 Best Football Strikers Ever. 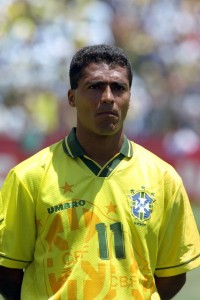 Romario was part of the Brazilian squad that won the 1994 FIFA World Cup, he also won the Golden ball that same year he was named the FIFA Player of The Year. He won 70 caps for the Brazilian national team and scored 55 times for the Selecao.