Who are Top Goal Scorers in Europe So Far 2014/2015? Europe has several football leagues including The English Premier League, Spanish La Liga, French Ligue 1, Germany Bundesliga and the Italian Serie A. Then we are to find out the top ten scorers all over the European Leagues. Please note that this list includes players from the top 4 Leagues in Europe. This list does not include goals from all competitions but goals from their respective Leagues.

We know its a very hard research to make a list of the Top 10 Top scorers in Europe Across 4 Leagues but we have made things easier for you guys. Look out for the Top 10 Goal Scorers in The Champions League so Far 2014/15 which will be published soon. 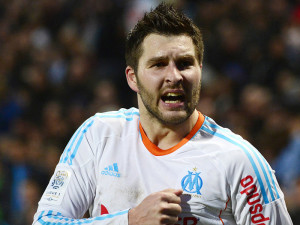 Andre-Pierre Gignac starts off the list of Top 10 Goal Scorers in Europe So Far 2014/15 season, The French footballer who plays for Marsielle has scored 16 league goals this season,scoring way-back from week One and scoring only two in France – Coupe de France. The 29 year old primarily plays as a striker whose influence extends out to the wings.