We all know about the top class managers like the Jose Mourinho‘s, Pep Guardiola, Luis Van Gaal, Arsene Wenger etc, but the question is can they make the list of Top 10 Most Expensive Transfers Involving Managers? Well let’s find out in the list below.

Football Manager Most Expensive Transfers in The World

Previously we have done the Top 10 Most Successful Football Managers of All Time & Top 10 Highest Paid Football Managers in The World 2014-2015 if you haven’t seen them make sure you do after you’re done with this list. Look out for our upcoming list Top 10 One Club Men which will be published soon. 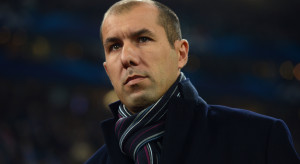 To start is AS Monaco current manager Leonardo Jardim. Leonardo Jardim is a Portuguese football manager currently in charge of AS Monaco. The 40 year old joined Monaco for a fee of £2.3 million from Sporting CP in 2014 and will be looking to win the French Ligue 1 title with Monaco this season. AS Monaco are currently in the Last 16 of the Champions League and has played their first game at the Emirates in London and have a 3-1 advantage over the Arsene Wenger’s Arsenal team.