Who are the Top 10 Most Overpriced Footballers? As the topic speaks itself, the question really comes to the mind of any lover of football that who are the Top 10 Most Overpriced Footballers? So this is the place for such people.  Some people think that athletes are overpaid as they do nothing but just play a game that they love to play,  but there are many players such as Cristiano Ronaldo, lionel Messi, Deerick Rose and others who are best in their game and on the other hand there are also some players who don’t deserve what they have achieved, well it’s their destiny. In some cases the talent is there but it doesn’t produces result as it must due to injuries, lack of efforts or other reasons or the vice versa.

Here we shall have a deep look at the Top 10 Most Overpriced Footballers. As it is mentioned above that some players don’t deserve what they achieve. This list consists of some players of that category. Nobody wants to pay over the odds to a player, but majority of clubs end up doing this. It is normal to see your beloved club spend spare money on the players that they really don’t deserve.

Previously we have published lists on the Top 10 Most Expensive Football Transfer Fees of All Time & 10 Footballers Who Ruined Their Careers if you haven’t seen these yet make sure you do after this list of the Top 10 Most Overpriced Footballers.

Lets find out the Top 10 Most Overpriced Footballers. 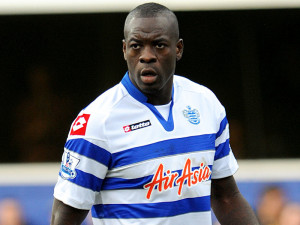 Samba started his career with French League 2 club Sedan. He was signed by Hertha BSC of German Bundesliga based in Berlin. Samba was transfered from Hertha BSC to Blackburn Rovers of the Premier League. He signed a three and a half year contract for £4.5 million in 2007. Samba scored his first goal for Blackburn against West Ham United. At the end of 2006-2007 season, he appeared in 19 games, and scored 2 goals in 14 Premier League Games.

On 2 July 2013, Anzhi signed Samba for the fee of £12 million to bring Samba back to Russia after only half a season with Queens Park Rangers, following their relegation from the Premier League.

On 29 August 2013, Dynamo Moscow signed three players from Anzhi, with Samba being one of them. He wears the No. 4 shirt.