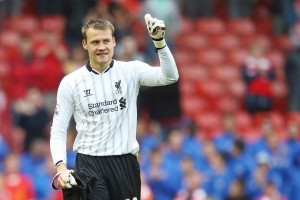 The 26 year old Belgium goal keeper has not had a good season this year and last year, he’s poor performances with Liverpool made him loose the number 1 shirt for the Belgium team to Thibaut Curtois. Brendan Rodgers has lost his patience over the keeper and has dropped th keeper on the number of occasion preferring Jones between the sticks.