Who are the Top 10 Serie A Football Players? Have you ever wanted to find out who is the best player in the Italian Serie A at the moment? well with the transfer window open and many players switching clubs, we have come up with an updated list of the 10 Best Players in the Italian Serie A. We all know Carlos Tevez would have been one of them but has left the league to join Boca Juniors in Argentina.

Previously we published the Top 10 French Ligue 1 Footballers & The Best Current Soccer Players 2015 if you haven’t seen them yet make sure you do after this list. Also look out for the Top 10 Bundesliga Football Players.

Let’s find out the Top 10 Serie A Football Players. 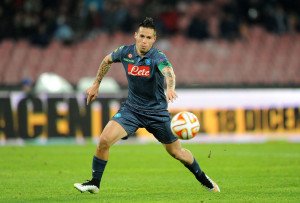 Kick starting the list of the Top 10 Serie A Football Players is one of the best players at Napoli and it’s Marek Hamsik. Marek Hamsik plays as an attacking midfielder for both Napoli and the Slovakian national team. In 2013 he was ranked as the eighth best Footballer in Europe by Bloomberg and today he is the Tenth Best Footballer in the Serie A. The 27 year old joined Napoli back in 2007 for €5.5 million and has since made over 270 appearances for the Italian Club, scoring a number of important goals for them.