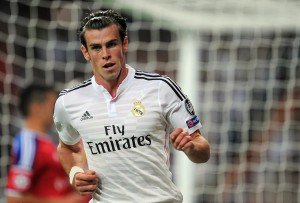 Kicking starting the list is the Worlds most expensive footballer Gareth Bale and he is owned by the richest football club’s on the planet. The Irish international has a release clause of £75 million £10 million less than the amount Real Madrid paid for the Welsh winger after joining Real Madrid for a record transfer fee of £85 million in 2013 from Tottenham Hotspurs. After a successful season with Tottenham Hotspurs, Gareth Bale established himself as one of the best wingers in the Premier League before joining Real Madrid at the end of the 12/13 Premier League season for £85 million.

Gareth Bale won the Champions League in his first season with Real Madrid.