Most Expensive Homes in the World 2019

The Most Expensive Mansions In The World 2019

Which are The Most Expensive Billionaire Homes in the World 2019? The Multi-billion dollar mansions are only accessible to a meager few in the society. The Billionaire Homes have more rooms than one could possibly count and also the latest in accessories. All is not lost though; though most will never set foot in these mansions, the internet gives all an equal chance to view them and learn a great length about them. We have compiled exclusively for you a list of ten homes that most will only visit in their dreams.

10 of the most expensive mansions in the world 2019

Top ten most expensive mansions in the world 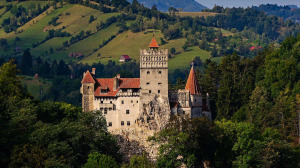 The Bran Castle is located adjacent to the border or Wallachia and Transylvania, this very expensive mansion is valued at $80 million by the current owner called Archduke Dominic. It is also nicknamed the Dracula’s Castle. The reason for this is that the ‘impaler’ of Wallachia, Vlad III resided in it once. Currently however, this magnificent mansion has opened its doors to tourists from all over the world and it is a popular destination. Before this, Bran Castle was home to Romanian royals. It has an impressive 17 rooms that are as large as can get. 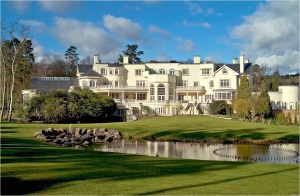 The Updown Court is located on a 58 acre piece of land, it is a mansion like no other. Originally, it was built back in 1924; this is not where the story ends. It was unfortunate that a fire tore down the home and it had to undergo major renovations then. The rooms it contains are 103, 24 being bedrooms. Its garage has the capacity to dock 8 stretch limousines and it has a squash court, 5 swimming pools, tennis court, a marble driveway that is heated, a cinema and a 2-lane bowling alley. In 2005, it was valued at $138 million. 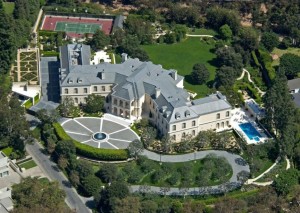 The Manor is a affluent mansion which is located in Los Angeles and is also known as the Spelling Manor. Television producer Aaron Spelling together with his family was its first occupants for whom it was constructed. Currently, it is owned by Bernie Ecclestone’s daughter, Petra Eccllestone. By the time of purchase, it was valued at $150 million. Eventually however, she ended up paying only $85 million but at the time, it was rightly the most expensive. The Manor boasts of 123 rooms which are inclusive of a bowling alley, a screening room, a pool and a room specially made for wrapping presents. 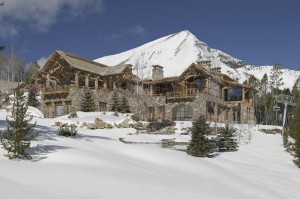 The Pinnacle is a mansion that stands on ice and contradicts that same fact. It is located in Montana and its main purpose is a ski-lodge. It is valued at $155 million and rests on a grand and elite neighborhood. It is jointly owned by Edra and Time Blixseth. All its ten bedrooms boast of having heated floors. The amazing fact with this mansion is that it boasts of a driveway that has a heated floor. The vehicles never freeze up. With the rooms having their own fireplace, it is so cozy during winter. 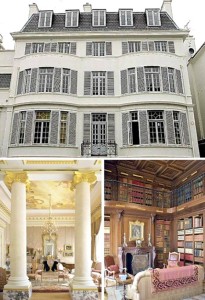 The Fanchuk Villa was once a girls’ preparatory school. This affluent mansion is now owned by Elena Franchuk, a Ukrainian business woman. Today, it is worth $161 million and is as elegant as it was when it was built. It has modern facilities that are up to date and very many other likeable aspects. For instance, it boats of ten bedrooms. In addition to this, this five-story mansion has a gym, a sauna, private movie theatre and an underground pool. The highlight of this beautiful home is its rare antique artworks and exquisite wood furnishings. These are more than half of its worth. The Hearst Catle was originally designed to be the home of the newspaper magnate William Randolph Hearst, this mansion is boastful of many things. After the death of Hearst in 1951, it was included in the California State Park System after being voted towards that by The California Park Commission. Following this, tourists from all around the world are now able to visit Hearst Castle and get a feel of what it is like. It rests on acreage of 127 and its magnificent gardens are a site to behold. There are both outdoor and indoor swimming pools as well as a movie theatre. The Four Fairment Pond has a water body that is adjacent to the property and is the reason behind its naming. Billionaire Ira Rennert is the proud owner of this astronomic mansion whose size is extensive. If you are a fun person, you won’t be disappointed since the mansion has so much to offer. More to this, it rests on 63 acres of land and has a total of 29 bedrooms as well as 39 bathrooms. You can play basketball on the court, do bowling on the alley and have fun at the tennis court. Its value stands at $220 million. The Villa Leopolda mansion is situated in the French town of Villefranche-sur-Mer which is by French Riviera. The tag on it stands at $506 million. Consequently, it is the highest priced in Europe. It has eleven bedrooms as well as fourteen bathrooms. Severally, it has passed through the hands of a couple of owners after having been built in 1902 by none other than King Leopold II. The Antilia is a mansion in its own pedestal. In the entire world, it is the most expensive with a price tag of $1 billion. It is situated in South Mumbai, India. India’s richest man, Mukesh Ambani, is its owner. It boasts of 27 floors and has floating gardens. Six of the floors are solely for parking; how many luxury cars can fit there? There is a ballroom, a health floor that has a Jacuzzi as well as three helipads.