Who is the best defender in the world 2019? Which football players make the list of Top 10 Defenders in The World in 2019? Defenders are credited for their amazing work at the back as they are the ones that prevent attackers from scoring goals alongside the goal keeper who stays in between the sticks.

Over the years we have seen some amazing defenders across the world like the likes of John Terry, Ferdinand, and many more but this list contains the current in form defenders right now who are young and spirited enough.

Previously we have compiled lists on Best Defensive Football Players According to FIFA 20 Ratings in that list we specified that it was not the list of Best Defenders in The World but Best Defensive Footballers with reference to FIFA Ratings. of you have not seen the previous list yet please make an effort after you are done counting down to this list.

Here are the Top 10 Best Defenders in The World. 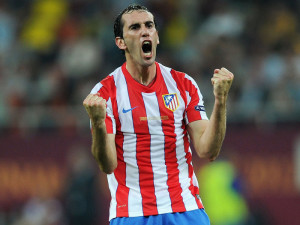 Athletico Madrid had undoubtedly the best season in the history of the football club alot of thanks has to go to the defence specifically Diego Godin who has been very much in form for Athletico Madrid.

Diego Godin has been one of the defenders who have managed to keep the best footballers in the world Cristiano Ronaldo and Lionel Messi  in his pockets during the games he has faced their team. What a player he is right ? and it is no doubt that Diego Godin makes the list of Top 10 Best Defenders in The World 2019.