Managers are brought in to build up a team which will survive all the way either to survive relegation or to challenge for the Premier League title given the finances and a squad to build up, an example we can give is Chelsea under the ownership of Roman Abramovich who has pumped in a lot of money in Chelsea Football club and has seen himself change 8 managers in the last 10 years at Stamford Bridge showing his hunger for success in which some of the coaches have not brought in much trophies given enough finances and a good squad to top it up with.

Previously we have published Top 10 Most Successful Football Managers of All Time, Top 10 Most Expensive Transfers Involving Managers, Highest Paid Football Managers In The World 2014-2015 & Best Premier League managers ranked on win percentage 2014 if you didn’t see them better see them after this article because they’re really amazing and relatable. 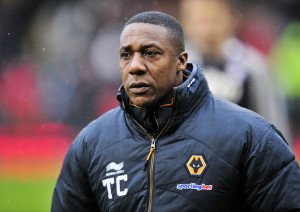 Kick starting the Top 10 Shortest Serving Premier League Managers is current assistant manager of Championship side Ipswich Town Terry Connor. The English man makes the list when he took charge of Wolverhampton Wanderes in 2012 until the end of the season after the club sacked the then manager Mick McCarthy close to the end of the season, Terry took charge of 18th placed Wolves in the Premier League with hopes of getting the Wolves back on track with only a few games left, his first game ended in a 2-2 draw against Newcastle on 25 February.

in my 2012 he was succeeded by Ståle Solbakken but Terry Connor still remained as the assistant manager for Wolves before joining former boss Mick McCarthy at Ipswich Town as an assistant manager.