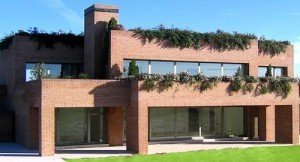 Ricardo Kaka bought this mansion, a 1,500 square foot, in Madrid when he signed for Real Madrid from AC Milan in 2009. It is located in Madrid the largest city in Spain. Kaka’s home is currently being rented out by current Real Madrid superstar Gareth Bale for a monthly price of $16,000.

SEE ALSO: Most Expensive Homes In The World 2015