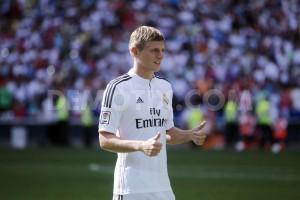 He is currently playing for Spanish giants Real Madrid and he has really fitted in to the team. Most of the football critics around the world have praised the German and have said he is the best at what he does and has all the qualities for an attacking mid fielder .