Top 10 Greatest and Best Signings in The Abramovich Era

Which are the Greatest and Best Signings of The Roman Abramovich Era? In 2003 when an unknown Russian Billionaire bought Chelsea Football Club he immediate changed the face of English Football he revived the london club which was not financially stable, when he arrived at the club the new owner appointed Champion Jose Mourinho in his first year as the owner of Chelsea FC.

The Russian Billionaire is one the Richest Billionaries Football Club Owners In The World and has now spend a over a decade at the club to celebrate this we have prepared a list of Top 10 Best and Greatest Signings of The Roman Abramovich Era. This list might not contain latest signings made during the January Transfer Window 2015 at the club because the footballers have not yet have time to show their value at the club.

Previously we have done lists on Top 10 Most Expensive Chelsea Players Houses, 6 Reasons Why Chelsea Will Win The Premier League make sure to check them out after you done with this list and wait for more updates. Here is a list of Top 10 Best Signings of The Roman Abramovich Era. 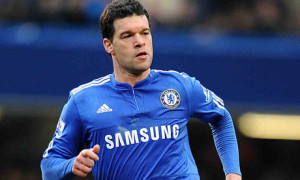 Michael Ballack is a Germany retired footballer, He wore jersey number 13 for every team he played for including Chelsea FC where he played from 2006-2010 after moving from FC Bayern Munchen for free.

The German Legend is one of the top scorers of the German National Team and is considered as one of the Best Signings of the Roman Abramovich Era.