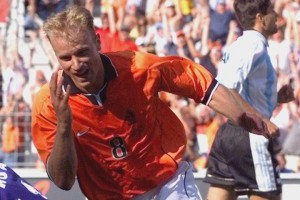 Bergkamp was capped 76 times for Netherlands and managed to find the back of the net 37 times. Dennis Bergkamp won several trophies at club level but was unable to lift any international major trophy with the Netherlands national team.