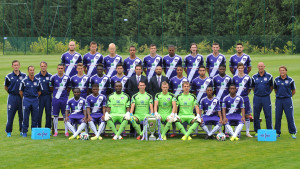 Belgian club Anderlect have also produced some of the worlds quality players . But unlike most of the other academies it has mainly been linked with upcoming youngsters like Manchester United’s winger Adnan Januzaj and Evertons Striker Romelu Lukaku . Not only have they been linked with youngster but among thier list is also Manchester City’s Captain and main defender Vincent Kompany . With years to come this academy will produce world class players with outstanding talent.