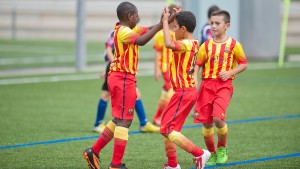 It is no doubt that Barcelona are taking first cause they have mostly depended on their academy and they have mostly specialised in teaching the passing game played popularly known as the ‘Tiki Taka’. The academy has seen the Graduation of star players like Lionel Messi, Xavi Hernandez, Andres Iniesta, Sergio Busquets, Cesc Fabregas, Gerard Pique, Victor Valdes and Pedro. These players mentioned are high class stars and with no doubt this academy has produced the best player in the world Lionel Messi. It also produced the old stars like Pep Guardiola , Carles Busquests and Guillermo Amor. These names mentioned in the Barcelona academy are some of the best in the business.