Which Football Teams in African make the list of the Top 10 Best Football Clubs in Africa 2015? Football is undoubtedly the most popular sport in the world, it’s most recognized in Europe but its just as popular in Africa but its not out their as in Europe. Africa is one of the planets with the greatest football talents in the world over the years we have seen some of the greatest African players grace the football pitch mostly in Europe players like Jay Jay okocha, Didier Drogba, Samuel Eto.. etc the list goes on.

If you have wondered on which Football Teams are the best in Africa then this is your answer make sure you finish the list as it is deemed to be one of the most shocking lists on the DailyEntertainment and Sillyseason.

Previously we wrote about the Top 10 Greatest African Football Players of All Time & Top 10 Highest Paid African Footballers 2015 if you haven’t seen them yet make sure you do after this list. Also Look out for more African articles. 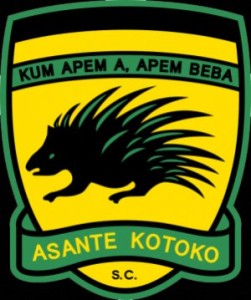 Kumasi Asante Kotoko are the only Ghanaian side on the list and have in recent years been out of the map in terms of silver ware but according to past records Kumasi Asante Kotoko have had  a total of two international trophies. These have come from their wins of two Champion Cups . Since their glory days in the past they have been silent heading in to the 21st century.