Who are the Top 10 bench warmers in Football? Have you ever wanted to find out on who are the top 10 football players in the world that are bench warmers? well if you have then we have just got the answer for you lads. Their are number of good footballers in the world but some of them find it hard to get into the starting team as they are even better players than them in the team.

So today we have decided to compile a list of the Top 10 bench warmers in Football.

Previously we published the list of the 10 Footballers Who Ruined Their Careers this list is so familiar with this one as it talks more about the same things because of players who join other teams for money but end up warming benches for substituted players. 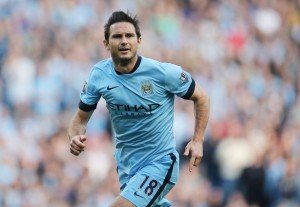 Kick starting the list of the Top 10 bench warmers in Football is former Chelsea player and Premier League Legend Frank Lampard, no one expected Frank Lampard to play against Chelsea anytime soon but when Jose Mourinho arrived at the Bridge Frank Lampard lacked game time and decided to leave the club after a number of years of success at Stamford Bridge almost winning everything with the London Club, Frank Joined New York City a Manchester City franchise club in the United States before joining Manchester City on a short loan.

Frank Lampard is a good player that has been benched for a while now as he is not as he was back in the days, because the English man is not getting any younger. Frank Lampard scored a number of goals for Manchester City when he came off the bench including one against former club Chelsea which won a draw for the Citizens in the dying moments of the game to cancel schurrle‘s goal.