Strangest Foods In The World

Weirdest Foods In The World 2014

An average American food can be horrible some times. Most meals comprise of fast food or processed food with high levels of sugar. This could be reason why cancer cases are increasing very now and then. Some of these food choices are awful but it is nil equated to what some people choose to eat daily. Some of our meals are weird but this list will surprise you more! Most of these food choices consist of natural food and not manufactured food.

10 of the Strangest Foods From Around The World

Here is a far-reaching list of the ten strangest and weirdest foods around the world. 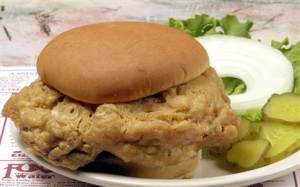 We start the list with this delicious treat that will surely make you salivate. You will find more of this fried brain sandwich in Central America and South America. It is prohibited in the United States to serve brain from a cow that is 30 months old and above. This was due to a threat of a disease known as mad cow. Those are good news. At least you are sure that the brain is good for your health. It beats the question of who would eat any part of a cow that is over 30 months old. 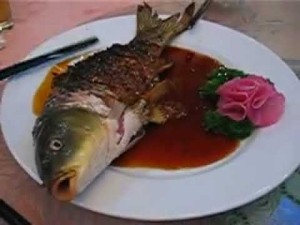 This meal is commonly known as the dead and alive fish. Surprisingly enough, it has become illegal to prepare it in the country where it originated from. This might it be a good sign. For those who are still determined to have this meal, I suggest that you go to China where chefs have a way of preparing it alive. The good thing is that you are sure that the food is fresh because the fish is still alive on your plate as well as blinking! You get that feeling of somebody watching you as you enjoy your dinner. 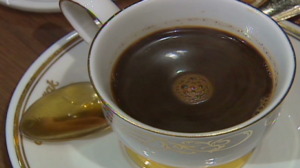 You thought it was worse eating brain? Then you are wrong. What about the thought of drinking some expensive poop coffee? Kopi Luwak is also branded as Civet Coffee which is very expensive. The coffee beans are usually coffee berry beans. These beans are normally eaten by Civets; small mammals in Southwest Asia. The beans are pooped then collected and processed into coffee. Apparently, the digestion process of beans by Civets makes the coffee better. Do you feel thirsty? Why not take this Kopi Luwak coffee! 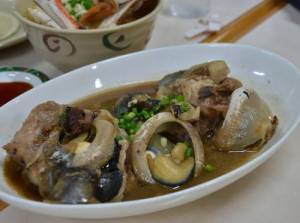 You can buy these beauties in a grocery shop in Japan. You might feel repelled at the eyesight of these Tuna eyes but the good thing about them is that they are cheap. They need to be boiled before consumption. They are relatively common in Japan and they do not mind their food looking at them while they are eating! Let us see what comes next. Nakji is an octopus used to prepare sannakji. Preparing the meal is simple. Just cut up the live octopus then sprinkle sesame seeds. You can also add sesame oil then serve it. Some people serve the sannakji whole and alive! They do not cut it into pieces. The tentacles still wriggle on your plate. It sounds good, don’t you think so? You must be wondering what haggis is. Well, the meal comprises of a heart, liver and lungs of a sheep chopped together. They are then minced with other ingredients like suet, stock, onion, oatmeal and salt. They are put in a sheep’s stomach then boiled for about three hours. The interior part that looks like pudding is so tasty! Does it sound appealing? Well, you will also find other commercial varieties with some being made with additional staffed ingredients or sausage casing. Puffin is a cross breed of penguin and clumsy tucan. The animal lives in Iceland where people eat its heart! People consider its heart a delicacy meal and you might be surprised more to hear that they eat it raw! They break the puffin’s neck, remove its skin then they carve out it heart and it while it is still warm. The other body parts are also eaten and apparently they taste like chicken. The heart must be consumed while it is still warm otherwise it will not taste that good. 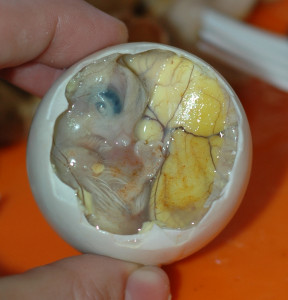 Balut is eaten by people of Southeast Asia; or let us say Philippines. The dish is a simple one. When you aspect at it from the exterior, it just looks like a regular duck egg. However, the ingredients inside are what count. Balut are basically fertilized eggs that are usually boiled before they hatch. Mind you there is a bird inside that is close to breaking free to swim around in a pond. This meal is so popular in Philippines and it is retailed on the thoroughfares just like we do sell hot dogs! When eating the snack, break the eggs open, suck their juice out then eat their inside. It sounds dreadful! In Cambodia, people deep fry tarantulas and eat them! This meal is not intended for the feeble hearted. It is people who have the courage to go through the frightening exterior. Tarantulas are cheap, readily available in Cambodia and they taste exceptionally good. Who knew that this hairy spider would be good as a meal? The meal traces its way in the dark past where Cambodians were forced to eat them. However, these days the hairy spider is a delicacy for visitors and residents of the region. You thought the meals above were strange? Well, you thought wrong. You can get this meal in a famous China restaurant. Here, they call it “dragon in the flame of desire” most people like calling it a giant, cooked yak penis. In Beijing, there is a famous place well known for serving penis and testicle dishes. Here you can order this meal and enjoy with your friends! Well, the meal is popular and well known for helping you have a good skin. I think we would rather live with the bad skin and do without this pen*s meal! What do you think of this meal?