Have you ever wondered as to who was the Premier League Player of the Month for a particular month during the 2014/15 season, then this is the place to be. Last season was full of action and it had spectacular individual performances.

The Premier League Player of the Year Award was a very competitive one arguably between Chelsea’s Eden Hazard and Arsenals Alexis Sanchez but unfortunately or rather fortunately only one player could have it and it was none other than the blues favorite Eden Hazard. But did he dominate the premier league awards? Lets wait and see what we have on the list below.

Lets now look at the list below and see which players impressed during the course of the 2014/15 premier league season. 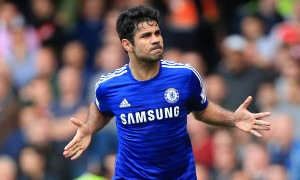 Just starting the list is Chelsea summer signing from Athletico Madrid Diego Costa who made a 32 million move made an immediate impact on his arrival in the Premier League scoring four goals in the opening three games for Chelsea Football Club with the blues that opened the 2014/15 Premier League campaign with victories over Leicester, Burnley and Everton with Diego Costa on the score sheet in those games.

After winning this award Diego Costa said I’m very happy to win this award,” Costa chelseafc.com. “It is important to begin well at a new club and I’m pleased with both my start to the season and also the team’s, which is the most important thing.

“I hope to continue scoring goals to help out the team and keep making our fantastic supporters happy. I thank my team-mates as they have helped me win this award.”