Have you ever dreamed about super powers or becoming a superhero? Of course you have and it is something that most people yearn for. The people listed below get their superpowers from genetic mutations that they are born with which allows them to do things that most ordinary people cannot. These individuals will leave you amazed. Take a look at some of the real life superpowers and how the individuals got them!

8. The man who created sight

Ben underwood lost his eyesight at age two to retinal cancer. This led to the removal of his eyes at the age of three. Whereas doctors lost hope in his sight, Ben did not. His will to live a bright life was never broken. Instead, he chose to make lemonade out of the lemons that life had given to him. He created sight by echolocation. A clicking sound would bounce off the object thus allowing him to visualize his eyes. He could play video games, climb trees and ride a bike. No other person has been able echolocation. 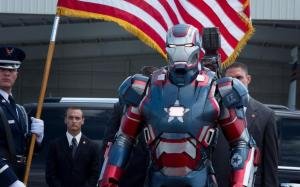 There is some hope for the people who were not born with superpowers, thanks to military contractor Raytheon. Raytheon has developed an exoskeleton that is close to that of the iron man. It might not be able to shoot laser beams or fly. However, it can enhance the strength of its wearer such that a normal punch does not hurt. It goes through the thick planks of wood.

Gino Martino is a self-proclaimed head-butt king. He is a pro wrestler who can do wonders using his forehead. He can even nail a six inch nail into a piece of wood using his forehead. Any person can get hurt by doing so. However, Gino shows no signs of brain damage even after doing the act for years.

The reason: After several tests, it was discovered that his skull is 14.5mm thick as compared to that of the average person which is 6.5mm thick. However, his skin is not as thick therefore he ends up with a bloodied face.

Wim Hof is practically impervious to cold. Hof can climb Mount Everest in a pair of bicycle shorts, sit on the ice and say that it was easy for him. If this is not strange, then I wonder what strange is! The temperatures at Mount Everest are approximately negative thirty-five degrees Celsius.

The cause: Research shows that the iceman can influence his nervous system by meditating and concentrating. It might be a simple explanation for such an amazing act. His is a unique case since he has been able to alter his body’s chemistry through his routine. 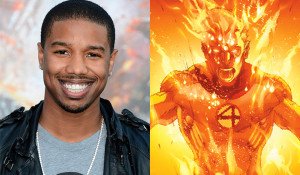 This man Zhou has powers like nobody else’s. Using an infrared camera, he can generate about two hundred degrees Celsius. This allows him to boil water using nothing else but his hands.

The grounds: Zhou is a Qi Gong guru who uses Chi energy to perform extraordinary feats that cannot be through science. Apart from creating fire using his hands, he can displace his body weight through focusing of energy efficiently. He is in china and has travelled all over the world teaching Qi Gong.

He might not be the coolest superhero on earth, but his super powers are quite intriguing. Namor is capable of staying underwater for an infinite period. In addition, he does not require oxygen while he is underwater. This free-diving fisherman is almost close to becoming a real aqua man.

Namor Solvin has lived on a houseboat his entire life together with his family. His lifestyle has since changed. He can see twice as better in water than any other person. He can also hunt 20 meters below sea level. His body is such that he can sustain the water density. This enables him to stay underwater for about five minutes while he is catching fish. The most inspiring thing is that he does not do this so as to get into the Guinness world book but rather to search for supper.

Isao Machii can be in simple terms as a super hero of the modern times. He can do wonders with his katana. What he can do is only possible in a comic book. Isao can slice a bullet into half while it is in midair as it goes towards him at a speed of 160 feet per second.

The cause: According to Dr. Ramani Durvasula, the ability that Machii has is not caused by visual processing. On the other hand, he debates that it is due to other senses. What Machii does is something that most people can do. For instance, a baseball player can predict the trajectory of the ball. The only difference is that Machii does not use his eyesight like a baseball player would.

When you first see Liam Hoekstra, you might tend to think that he is just like any other six year old. However, you will be totally wrong to think so. Well, at least not until you see him lifting a ten kg item like a pillow. If you had been Liam’s parents, then you would have been shocked beyond words after seeing him walk at two days old. At age three, he could lift his parent’s sofa and was as swift as a cat. Just imagine how the parents felt seeing their three-year-old strong enough to lift them.

The cause: Liam can do all this thanks to his rare genetic disorder known as myostatin-related muscle hypertrophy. The condition leads to blocking of the production of a protein known as myostatin. This protein is responsible for limiting growth of muscles. Whereas to some this is a disorder, to others it is a blessing. However, people with this disorder have a fast metabolism which demands that they eat lots of food.

Nobody knows how strong Liam can be. At the age of six, one can only predict what will happen in the future. You can keep in touch with what happens to this young lad by checking his Facebook page often.