Who are the highest paid Football Managers in the world 2014-2015? It is amazing how much money there is spent in Football, From sponsorship to Players Wages millions are spent each season, with all the buzz of the latest clubs signings and how much football clubs spent over the just closed transfer window.

We pretty much know how much the players are getting paid, but what about the Club Managers? Who is the highest paid Football Manager? With all the talk of Footballers wages and fee’s we overlook the fact the Football Clubs appointed managers are paid quite a fair bit, that’s why I decided to investigate how who are the top earners to see if they are worth what they are getting paid. Who do you think is the The Highest Paid Football Managers In The World 2014-2015? 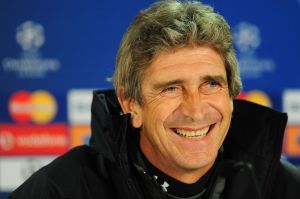 Manuel Pellegrini led Villarreal to a third place finish in La Liga in 04/05, a Champions League semi-final in 05/06 and a second place finish in La Liga in 07/08 he attracted attention from top clubs like Real Madrid, Pellegrini took over the Spanish Giants and Led them to finish just three points behind rivals Barcelona, he then left the Spanish heavyweights to take over as boss at Malaga in 2010, Pellegrini led them to a fourth place finish in the league and the quarter-finals of the 12/13 Champions League, Pellegrini was then offered the top job at Manchester City where he signed a three year deal and continues to manage the club still today whopping in a nice wage of £3.54 million per year. 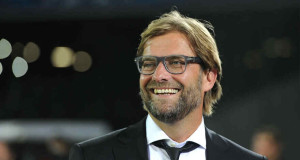 Jurgen Klopp has been the saviour of Borussia Dortmund, The German football manager and former player took Borussia Dortmund from the struggling side it was into the dynamic top club it is today. Klopp took the German side all the way in 2011 and 2012 winning the Bundesliga, Jurgen then went on to take the side win the DFB–Pokal in 2012 and the DFL–Supercup in 2013, Klopp really gained notoriety when he took Borussia Dortmund to the Champions League, they went on to play against Real Madrid, Manchester City and Ajax, without losing a game and then beating Real Madrid in the semi–finals of the 12/13 Champions League. Dortmund lost the final to Bayern Munich 2-1. A very sought after Football Manager Jurgen Klopp rakes in an very nice £3.66 million per year Tata Martino is well know for favouring very high pressing and attacking style of football, this was the perfect choice for Barcelona who appointed him as Manager in 2013 on a two-year contract, they knew he was the right man for the job when Barcelona defeated Levante 7-0 in his first match as manager of the 2013/14 La Liga season, by the end of the same month Tata Martino had gone undefeated in Barca’s first 16 matches.  He is currently Manager of the Argentine National Team. This French football manager and former player. He has been the manager of Arsenal since 1996, an astonishing honour in itself, Arsene Wenger is the club’s longest-serving manager and the most successful Football Manager Arsenal has ever had in the terms of major titles won,

Marcello Lippi is an Italian World Cup-winning football manager and also a  ormer player. He is currently the head coach of Chinese side Guangzhou Evergrande, Lippi was was named the world’s best football manager by the International Federation of Football History and Statistics  both in 1996 and 1998, and world’s best coach back in 2006. He is also the only coach to have won the international competitions both for clubs in different continents. Fabio Capello is an Italian manager currently of the Russia national football team and a former professional footballer himself, Capello played for SPAL 1907, Roma, AC Milan and Juventus before going onto manage the England National side, However, He was most successful with Club Juventus, winning an amazing three Serie A titles in 72, 73 and 75. He also won he Coppa Italia again in 1977 and also won another Serie A in 1979. Capello also played for Italy during his career and amassed 32 caps, scoring eight goals. Carlo Ancelotti currently manages Spanish La Liga side Real Madrid. Carlo Ancelotti was appointed manager of Milan 01. He also won the Serie A in 2004, the UEFA Champions League in 03, 07 and the FIFA Club World Cup in 07. He is one of six men to have won the European Cup/Champions League as player and manager. In May 2009, he was appointed Chelsea manager and in his first season led them to a historic Premier League and FA Cup Double win. He is  the second non-British manager to win that double, the other being Arsenal Manager Arsène Wenger.

3. Roberto Mancini – Currently without a club £11.02 million per year 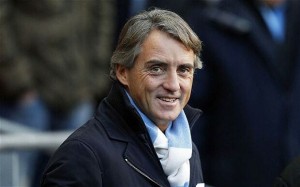 Robert Mancini is one of the Highest Paid Football Managers In The World 2014-2015. Even though Robert Mancini is currently without a club, he still makes the list purely because of the amount he was getting paid, Robert Mancini’s first manager role was at a Fiorentina and managed to win a Coppa Italia, but left with Fiorentina. Months later to take over as manager at Lazio where he won another Coppa Italia. In 2004, Mancini  managed at Internazionale. During his time at Inter, the club won three Serie A titles consecutive a club record 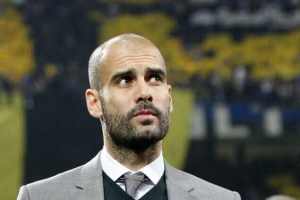 Pep Guardiola is one of the Highest Paid Football Managers In The World 2014-2015. A former Footballer himself, Pepe Guardiola played as a defensive midfielder and spent the most of his career with Barcelona, After he retired as a player, Guardiola became coach of Barcelona winning a treble, La Liga, the Copa del Rey and the Champions League, Pepe is also the youngest manager to win a champions league. 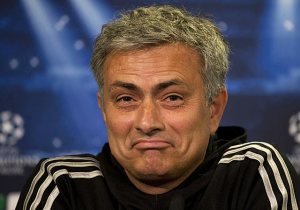 José Mourinho is one of the Highest Paid Football Manager In The World 2014-2015. The current manager of Chelsea, Jose Mourinho aka ‘The Special One’ is regarded by many players as the best manager in football. Jose has a knack for bringing out the best in players, Mourinho also has managed Serie A club Internazionale. Where Within three months he had won  the Supercoppa Italiana, and won the Serie A title. In 09/10, Mourinho has also won the treble Serie A, Coppa Italia and the UEFA Champions League, He won the first ever FIFA Ballon d’Or Best Coach Award in 2010. the Copa del Rey in his first season with Real Madrid. The following year, he won the La Liga and became the fourth coach, after Tomislav Ivić, Ernst Happel, and Giovanni Trapattoni, to have won league titles in at least four different countries: Portugal, England, Italy, and Spain. After leaving Madrid in June 2013, Mourinho returned to England to manage Chelsea where he is now.