This can be presumed like a car on the road going at a fairly moderate speed. When you first hit her gas pedal, she was all glowing and didn’t show any signs of fatigue. Guess what? All that’s about to change from now. Once she hits the cravings, there will be no turning back for either you or her. From then on, all that will be crossing your mind is ‘extremely dangerous turns ahead of you’. You will have to hit the brakes a bit harder and make it a go slow scenario. 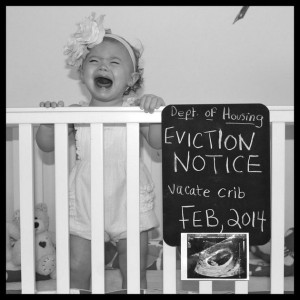 It’s very much fun but a lot of responsibility when toddlers come streaming in one after the other. In all this hullaballoo, we always seemingly forget who the most affected tenant of the house becomes or should I say crib? The least thought of being the baby of the house. She was so used to all the love care and attention and mostly, the cute crib. Now in just a few months, there is going to be a brand new, and sadly, permanent tenant. What to do? Worse still, Where to go? Prior to all this baby drama, life didn’t suck. On the contrary, it used to be so much fun. All those sunny days spent at the beach wearing nothing else than a bikini. All those days spent with buddies doing nothing else than catching up on and making new high scores on Xbox. The blaring loud music that used to rock your world also has to go and make way for a quieter occupant who hates being disturbed by loud noises. Now all the fun has been tossed out of the window unexpectedly and in comes gloom and yet more gloom.

7. There Seems To Be Some Matching Belly Bumps 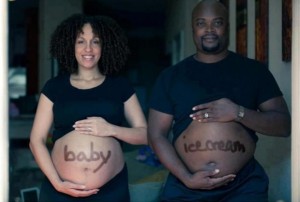 A couple loves it when they have a lot of things in common. For many if not all, it means spending lots of time together chatting away and doing crazy fun stuff. Even when it seems that some of these things are common, they are worlds apart! They may look and act similar and all but hey, the decisive moment will come and you will realize that one of these things made your heart literally melt away while the other just melted away into oblivion. There’s no telling whether it will ever come back. 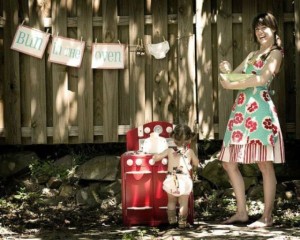 From the look of things, this young one’s is doing all things right by mama and helping her with the bun that’s in the oven. This might only be a matter of time though before things turn haywire. Soon, the bun in the oven will be fully baked and will have to come out but wait a moment; when the jealousy sets in, there are a few things to expect. Just like she helped mama when the bun was being baked, she might just suggest that they put the bun back in the oven. 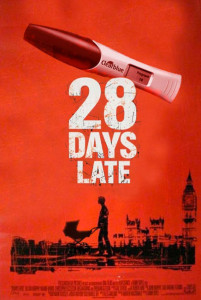 We all receive pregnancy news very differently. For some, it’s the moment they have been waiting for the whole of their lives. For others, it’s not quite so; per say, it’s an uh oh situation. One thing is certain, that the pregnancy test is bound to elicit very many emotions. The emotions are diverse and unpredictable. Will you be up on your feet rejoicing or will you just sit down and recount everything that happened before then? Of all ways to announce a pregnancy, the saucy way is by far the best way. Come to think of it, of you are short on the space for words, or if you have used extra large text and run out of space, all you have to do is grab a can of Prego and let it work its magic for you. No more straining for words, Prego sauce is effective in more than one way and sure lives up to its billing! There is always bound to be a very nasty battle when the new sibling steals the spot. All hell will come breaking loose and before then, this little guy will have ample time to perfect his art in readiness for the inevitable battle. It will be a battle zone and there can only be one winner. The soon to be sibling will be in a matter of months and the best thing he can do before then is train his guns to shoot fast and straight! This literally happens everywhere. When the news is in, it is most probable that the mum will have her head tucked away in the toilet with a million thoughts running through her head. At this same moment, dad is besides himself and jumping up and down the hallways with a huge smile on his face. He’s also just about to pick up his phone and start making random calls. What of when he will be woken at 3a.m to change the diapers? 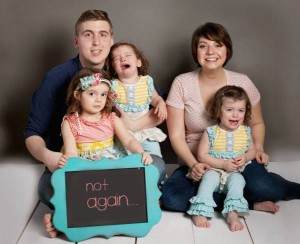 Having three girls is hardly picture perfect. The only thing missing from this cute adorable picture is a baby boy but wait a minute! The girls don’t all seem too elated with the news. The smiles are only on dad’s and mom’s faces. Hopefully, those three frowning faces will have something new to fight about; who gets the most convenient spot for watching the baby.