6. Koenigsegg CCX – one of the Fastest Cars in the World 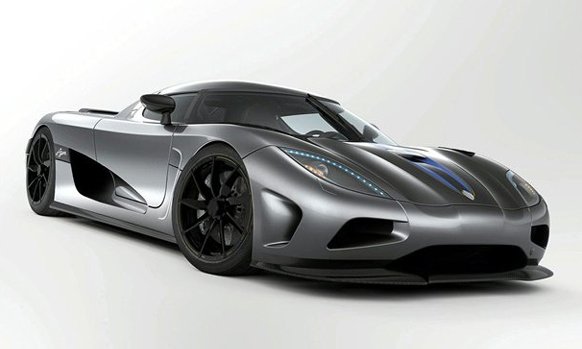 The Koenigsegg has its own class; it is elegant, stronger and smaller in size. With a perfect look, the car is slightly lowered at the front side. Its top speed of 245 mph makes it a great car that can be perfectly managed and controlled on the highway where we have a lot of cars.

The Koenigsegg CCX is made by the Swedish auto manufacturer Koenigsegg. It has been tested to reach 265 mph even though it is not the manufacturer’s fastest car. The CCX is powered by a 806 horsepower V8 engine that is similar to the modular engines found in Ford models.

However, this engine was thoroughly modified to the point that many car enthusiasts consider it a brand new engine. This is because it features a stronger yet lighter aluminum engine block that is heat treated. It is also equipped with two superchargers that have capability to reach a maximum of 17.5 psi.

The outstanding performance numbers of the CCX cannot be denied. It can go from zero to 100 in only 3.2 seconds and from zero to 200 in only 9.8 seconds. This indicates that the car is a force to be reckoned with. Reaching numbers that only the fastest cars in the world can achieve makes this a creation that is manufactured to obtain extreme speed with a price tag of $545,568.