Are they just for controlled driving on a racetrack? How fast is too fast? These are just some of the questions that people ask when they see one of these intriguing, eye-popping pieces of road candy on the street.

These are also the inquiries that individuals who can afford these vehicles ask their supercar dealer before they write the check. This is because most of these speed machines costs hundreds of thousands if not millions of dollars. This ultimately makes them playthings for only the world’s richest.

If an individual can afford it, they will certainly get what they have paid for with a state-of-the-art, sleek vehicle that can get them from point A to point B as quickly as possible. These are the top 10 fastest cars for the 2014 model year.

The Fastest Cars In The World – production models (cars / vehicles) 2021

Below is the list with the fastest cars ever built in the world 2021 . These are all production models, as opposed to concept or modified cars.

The majority of supercars that are manufactured today come only from the giants in the industry. It is no wonder that the competition to create the fastest breed of cars has become more interesting. British auto manufacturer Ascari produced the A10 to commemorate its 10th anniversary in the industry.

The A10 will let drivers enjoy the performance of a BMW V8 5.0 engine that is heavily modified. This engine has the capability to produce 625 horsepower that is delivered by a standard manual transmission and a six speed manual gearbox. The A10 has the capability to accelerate from zero to 60 miles per hour in less than three seconds.

Supercars often belong in a class of their own. They command admiration and respect from every car enthusiast. One of the cars that deserves this respect is the Pagani Huayra. The Pagani Huayra is powered by a Twin TurboCharged V12 6.0 liter engine from Mercedes AMG.

The result is a maximum output of 720 horsepower at a very low 5800 rpm. This also gives the Huayra the ability to go from zero to 60 mph in only three seconds and reach a top speed of about 230 mph. At the same time, this burst of power is assisted by a seven-speed X-trac sequential transmission.

This transmission helps the engine maintain carbon emissions that are pollution-friendly. It also makes the Huarya 5 compliant with Euro 5 standards. The starting price for this speed devil is $1,273,500. 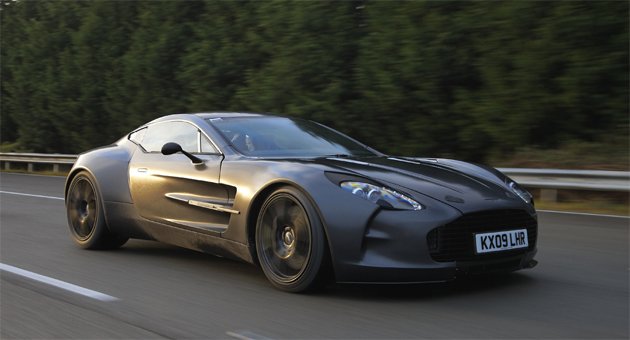