Facebook is one place where you are at liberty to talk and comment over anything. Most of the times, you communicate your mind as no one is over your neck. In this context its awesome to see how quickly the lady replied and pissed off the man without really having to use insulting words. Really wisdom and intelligence go hand in hand. 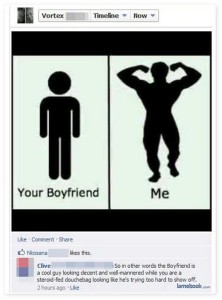 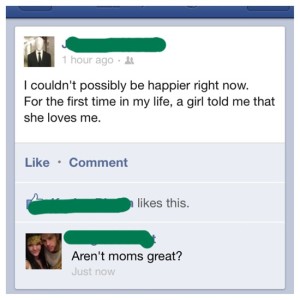 The man just updated that he is so grateful that someone loves him, he expresses his feeling but the guy who comments generalizes the whole thing, the guy must be cursing himself why he uploaded that post. 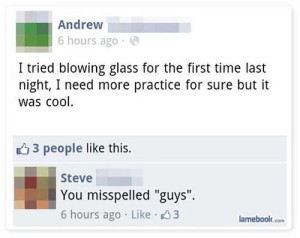 Most facebookers will upload their status on anything they do for their first time, from kissing to making out, you will definitely get them saying how it was. Andrew makes such a post and from Steve’s comment it’s clear that he will not be making such posts again.

7. From sympathizing to getting screwed 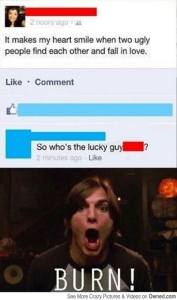 Attention seeking statuses will just ruin you, the girl in this case sympathizes with an ugly couple but the comment she gets turns the tables against her.

6. Leave the teacher out of this

Our minds runs very first and have the ability to solve any puzzle, this man thinks that you can just interchange the middle letters and withhold the first and the last letters in a word, it works well until you interpret the word after sincerely wrong, you end up with a wrong impression of the word spelling as sleeping and the whole meaning is changed. 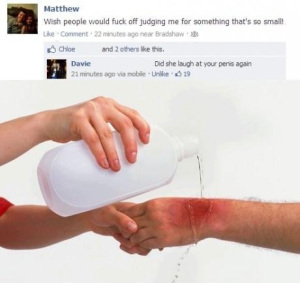 Mathew will have to rethink and phrase his status before updating, his posts seem to work against him with Davie getting 19 likes, the only way he can solve this is deleting his update or hiding Davie comments. People fantasize of how they want to be sent off after dying but hitting it up as a Facebook update would easily work against you, Ben utilizes the chance to really air his sentiments against his friend. From the look of things, Ben’s comment is so hurting.

Break ups are hard and you better fight them offline, updating your break up status may invite your ex and her new love to comment and express their hate for you, it can be so hurting. This girl was busy exploring other peoples pictures and posting her nasty comments oblivious of the fact that she is also in the same state she is against it.

1. In one word you are “Desperate”

What you update might just work against you, the person behind this update is already expressing that she is expecting great comments and sentiments that praise her but the first comment hits the nail on the head. She just have to pull down the status.