Arsenal is undoubtedly one of the most popular football clubs in the world and have one of the longest serving manages in football, Arsene Wenger has been at Arsenal FC since 1996.

Previously we have compiled a list of Arsenal’s Highest Paid Players/ Salaries 2014/15 & Top 10 Arsenal Players Girlfriend and Wives (WAGS make sure you check  them out after this. 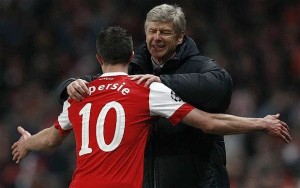 One of the best strikers around, Robin Van persie joined Arsenal in for £2.75 million from Feyenoord in 2004 with so much little spent on him Robin Van Persie became a big hit at the London club and he is now regarded as one of the Arsene Wenger’s Top 10 Arsenal Signings.

in 2012 Robin Van Persie submitted a transfer request and joined Manchester United for £24 million and won his 1st trophy for the club the same year.