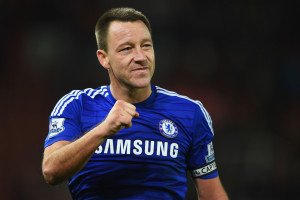 Following Desailly, former Chelsea Football Club player and a Legend’s retirement the English man John George Terry was made the club’s new captain by the then and now club manager Jose Mourinho though this was during his first spell way back in the 2004-05 Premier League season and this was his first time as a manager in the English top flight league though Terry had been at the club since 1998 when he was still a youth. Since then he has been the club’s captain and has so far helped the blues win several titles more than any other club captain.

Terry was also an England National Football Team captain a honour he got when England were playing Poland after the then Captain Michael Owen was subbed. It was in February 2012 when the FA stripped him off being an England Captain for the second time subjected for his racial abuse on Antonio Ferdinard who was then a Queens Park Rangers player later in September 2012 , he announced that he had retired from International Football.